What Does if Check Engine Light on

When your car’s electronic system detects a problem that needs attention, it gives you the hint through an indicator light on your dashboard. That’s what you call a ‘check engine light’. Whenever you see this check engine light on, it means there’s some problem with the car’s system.

Check engine light forms a part of the car’s Onboard Diagnostics (OBD) System. The engine light symbol is usually yellow or amber in color. When the light turns on, it usually exhausts the driver as it indicates a serious problem.

What does check engine light mean?

While driving, when you see your car’s dashboard being illuminated suddenly, you wonder what does the check engine light mean? Well, this indicator does not always point out something serious. Rather it simply indicated some problem, which your car’s computer cannot correct on its own.

There are various engine light meanings depending on what your car’s OBD has detected. Precisely, a blinking check engine suggests a serious technical issue. You may require visiting a Qualified Service Technician to get it corrected. Whereas, a steady check engine light usually hints at problems that do not require emergency attention. Nonetheless, you might still need to visit a mechanic.

What does it mean when your engine light comes on?

Usually, the check engine light turns on when any of the following problems occur.

What To Do When Check Engine Light Comes On

Most modern cars come with smart computers that automatically work on your car’s performance, hiding the underlying deteriorations. For the time being, this may be a good option. But, in the long run, you end up having costly troubles in your car.

On the other hand, you may observe a blinking engine light during the middle of your ride, with no mechanic nearby. To deal with the problem yourself at such instances, you must know how to check engine light yourself. As we explained above, you should first watch out for a steady or blinking check engine light. This will help you understand the severity of the trouble. 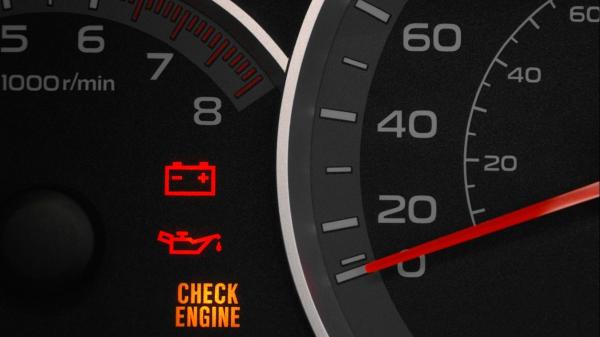 Next, you can scan your car’s OBD for diagnostic codes to find out the problem. Every time your car’s computer finds out a problem, it stores a diagnostic code for identification of the issue, like a misfiring engine or defective sensor. You can either read these codes by purchasing a scanner yourself, or you can go to the nearest auto-repair shop where they have specialized scanning tools.

Now, what to do if check engine light is on? You can try employing the following procedures to deal with this matter.

If you see a blinking check engine light, the first thing you should do is to reduce the load on the car’s engine. At first, reduce the speed of your car. Then watch out for other performance issues, such as power loss, or unusual engine sounds.

The best option would be to stop a towing a trailer and reach the nearest mechanic to get your car checked. The sooner you get the problem diagnosed, the better.

A common reason turning the service engine light on is a loose gas cap. Usually, it remains loose while refueling, so, right when you move from the gas station, you see the engine light blinking. If you observe no other performance deterioration in your car, it is almost certain that your car’s gas cap is loose. Stop your car somewhere on a side and tighten the gas cap.

Some cars have a separate gas indicator. In such models, it is easy to find out the problem as you can distinguish between a technical issue and a loose gas cap.

3. How Long Can I Ride After The Signal Is Lit

If you see the service light on car turned on, that may be a signal for the fuel running out. It means you now need to get the gas refilled quickly before you get stuck in the middle of the road. It certainly depends on how far you can travel after the gas light turns on.

For some models that have a good mileage, maybe you can travel a few more kilometers with a little fuel, as compared to the distance traveled by some other car. New cars usually give a good mileage and consume less fuel.

Nonetheless, more car manufacturers never disclose about the distance to be traveled safely on low fuel. People have risked accidents and survived damages to find the answer to this question.

Generally, the gas light turns on when you have 2.5 gallons of the gas left in your car. You can easily use this figure and your car’s efficiency to calculate the approximate distance you can travel further.

Road and Tracks has given a chart on its website where it has explained the distance one can travel by most car models after the gas light turns on.

4. Turn To The Mechanics And Carry Out Diagnostics

If you notice that the fuel tank isn’t empty, then the blinking light certainly indicates towards a technical issue. In such situations, reduce the engine’s load as described above, and visit a check engine service at your earliest. You can do a quick online search to see any such services near your location.

A skilled mechanic will quickly diagnose the matter by reading the diagnostic codes stored in your car’s OBD, and will also diagnose the problem by manually checking the damaged part and replacing it.

5. Buy A Scanner And Carry Out The Diagnostics Yourself 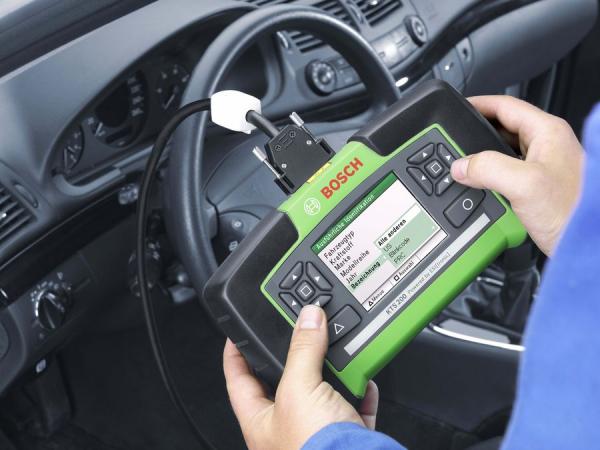 Not every time you would be able to reach out a mechanic successfully. Besides, if your car’s check engine light turned on for some trivial matter, it is better to learn to resolve such issues yourself. Not only you can save the cost, but you can also do quick repairs regardless of where you are.

As we stated above, your car’s OBD stores diagnostic codes every time the check engine light turns on. If you know these codes, you would be able to find out the problem and get it repaired. Therefore, you can buy an inexpensive scanner yourself from the market. However, it isn’t necessary that the scanners give accurate results every time. There have been several instances where the scanner highlighted a problem that was not present. So, make sure you get your car checked in either case.

How Much Repairs Can Cost

Well, it certainly depends on the type of defect happened in your car that makes your check engine light go on. Usually, if there are any technical issues, it will cost you a lot. But, for trivial matters like a loose gas cap, it will apparently cost you nothing.

According to a study, a new car model will certainly not have any big issues. So, things like a loss gas cap would remain a ‘cost-free fix’. But, older models are more likely to suffer severe damages like a defective ignition, which may cost around $368!

According to 2018 Vehicle Health Index, the following are the average costs incurred to fix common damages.

If you genuinely want to learn to fix things yourself whenever your check light engine come on, there here we list the common malfunctions, their causes, and quick ways to fix them.

1. Malfunction Of The Oxygen Sensor 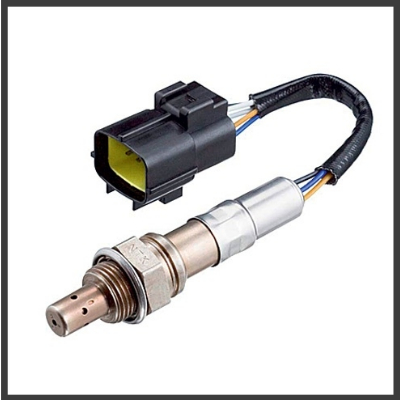 This is among the most common damages triggering the check light engine.

The fault arises in the oxygen sensor due to ignoring general car repairs, engine issues, internal leakages, or by using gas with a higher percentage of ethanol. This problem reduces the car’s performance and increases fuel consumption.

Though the fault doesn’t make the car stop, it is better to replace the O2 sensor as quickly as possible to prevent other damages. 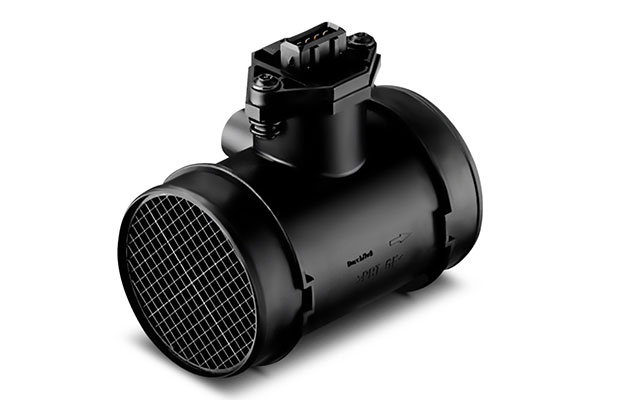 Fixing this issue needs you to replace the faulty part with a new one. 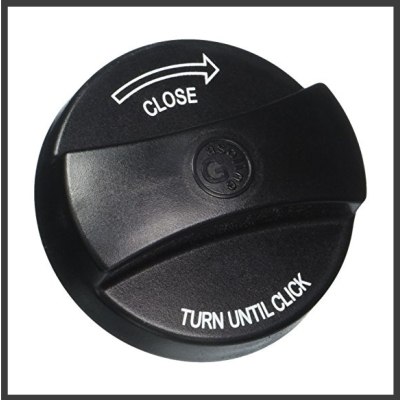 This is the most common problem triggering a check engine light. Gas caps may be left loosened during refueling. You can simply fix the problem by tightening the cap. However, if your car’s gas cap is faulty, you can replace it by spending a few bucks.

A gas cap is damaged due to the higher temperature inside the fuel tank. Likewise, it may be damaged if the rubber around the cap rips off. However, in most cases, you need to buy a new gas cap simply because the old one was stolen. 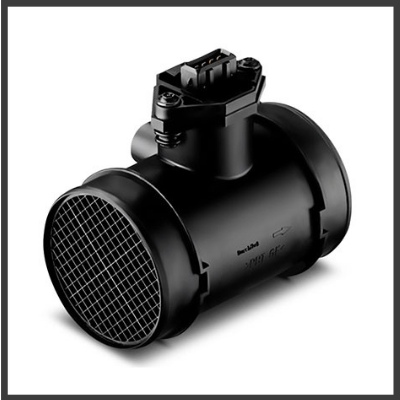 MAF sensor determines the amount of fuel be filled into the engine and the incoming air. A MAF sensor may be damaged due to a dirty air filter, as this sensor is susceptible to dust. A damaged MAF sensor reduces the overall performance of your car by 25%, and triggers damage to the catalytic converter. 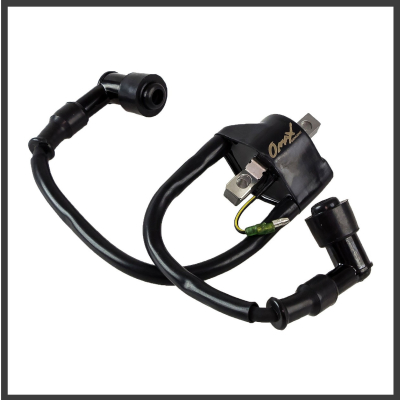 Ignition coil converters can be damaged due to higher under-hood temperature, aging, and faulty spark plugs. If they are ignored, they may further damage other components. As soon as you notice defective ignition coils, replace them immediately. 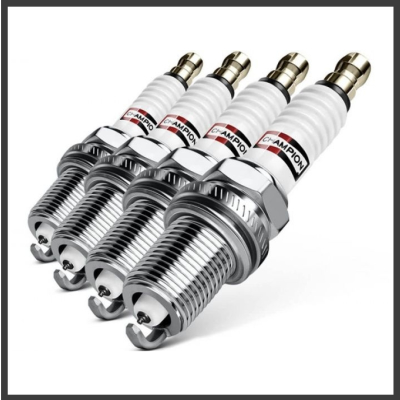 This is a common problem arising frequently due to overheating, mechanical damages, or improper installation. They can also be damaged during cold weather due to the droplets settling on them. Damaged spark plugs and wires induce other damages, reduce mileage, and affects the car’s performance.

If your car has faulty spark plugs or plug wires, make sure to replace them immediately to prevent other damages. 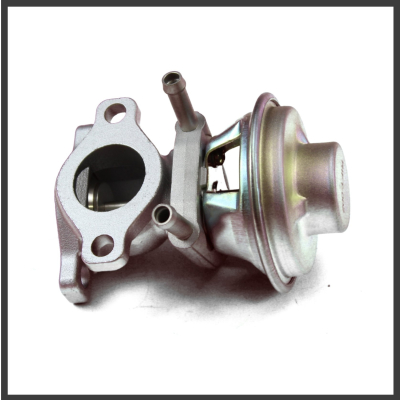 EGR valves help to reduce the combustion temperature and reduces the formation of NOx emissions. EGR valves can be damaged by carbon deposits present in the soot, oil, and water of the exhaust gas. Damaged EGR valves reduce the car’s performance, affect engine’s functionality, and reduce fuel economy. Make sure to replace them as soon as they are damaged. 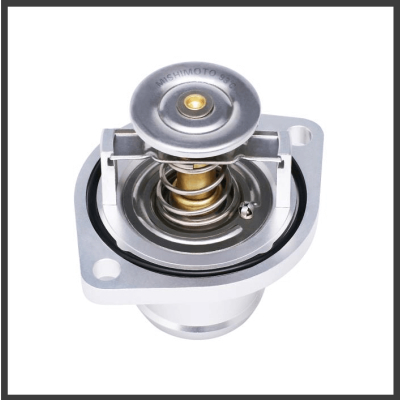 Thermostat easily gets damaged due to sludge, extremely high temperatures, rust, old coolant, or simply because of age. A damaged thermostat induces other damages. So make sure to replace it quickly. 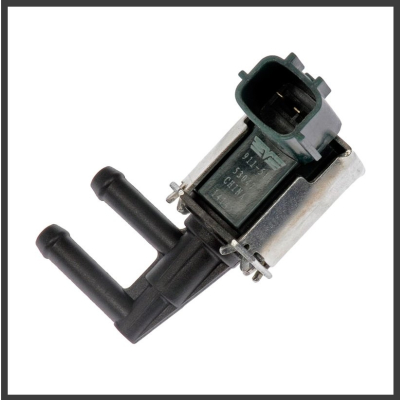 Damaged EVAP control is easy and inexpensive to fix. EVAP control valve or solenoid get stuck in a partially open or partial closed position due to carbon deposits. If you notice them being faulty, simply replace them.

Most modern car models come with smart OBD systems that turn on the check engine light on any big or small issue, which the car’s computer can’t fix itself. Most common instances are noticed check engine light for Prius, jeep, Lexus, Toyota Sienna, all of which are powered by Toyota. If you have any other model with a Toyota engine light, you can visit a nearby mechanic dealing with these models to get your car’s check engine light problem diagnosed and fixed.